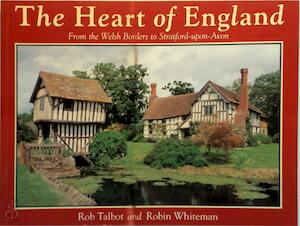 The Heart of England

From the Welsh Borders to Stratford-upon-Avon (Country)

"The Heart of England" covers the area that stretches from around Shrewsbury in the north to Gloucester in the south, and from the Welsh borders in the west to around Stratford-upon-Avon in the east. The region has witnessed more genuine passion and spilled blood than any other area in the kingdom: poets and writers have celebrated its legends, kings coveted its hunting forests, armies clashed on its meadows, farmers and market gardeners blessed its fertility, and industrialists exploited its mineral sources. The towns, villages and houses which lie within this region typify, too, traditional England: half-timbered cottages and ancient villages, elegant spa towns, great cathedrals, impressive fortresses, stately homes and historic manor houses, and once-great monastic houses.