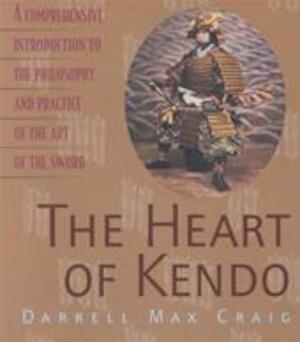 The Heart of Kendo

"The martial arts, if taught correctly, are limitless journeys with no final destination," writes martial arts master Darrell Craig. "They are a way of life." He begins that journey here with the basics: sitting, breathing, and the all-important bow, or rei. He describes kendo equipment and its care, then progresses to some of the basic features of a kendo practice session: warm-up exercises, assuming the proper stance, grip, strikes, and positioning. Only then does he move on to the seven long-sword forms, or kata, that are the foundation of kendo practice. But Craig's teachings go far beyond mechanics. Through stories and actual recorded conversations with his sensei, Harutane Chiba, thirty-seventh generation of a famous clan of samurai swordsmen, Craig brings you into the presence of a true legend from Japan's imperial dojo. He presents the history of kendo kata, including stories of the kendo duel of old and an appendix describing the goshi, or country samurai, about which little is known today even in Japan. Throughout, Craig emphasizes and demonstrates the respect, restraint, and discipline that lie at the heart of kendo, where the most important opponent to vanquish is oneself.