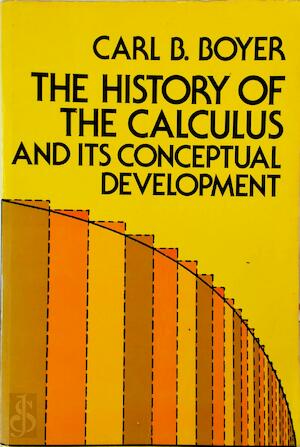 The History of the Calculus and Its Conceptual Development

This book, for the first time, provides laymen and mathematicians alike with a detailed picture of the historical development of one of the most momentous achievements of the human intellect ― the calculus. It describes with accuracy and perspective the long development of both the integral and the differential calculus from their early beginnings in antiquity to their final emancipation in the 19th century from both physical and metaphysical ideas alike and their final elaboration as mathematical abstractions, as we know them today, defined in terms of formal logic by means of the idea of a limit of an infinite sequence.
But while the importance of the calculus and mathematical analysis ― the core of modern mathematics ― cannot be overemphasized, the value of this first comprehensive critical history of the calculus goes far beyond the subject matter. This book will fully counteract the impression of laymen, and of many mathematicians, that the great achievements of mathematics were formulated from the beginning in final form. It will give readers a sense of mathematics not as a technique, but as a habit of mind, and serve to bridge the gap between the sciences and the humanities. It will also make abundantly clear the modern understanding of mathematics by showing in detail how the concepts of the calculus gradually changed from the Greek view of the reality and immanence of mathematics to the revised concept of mathematical rigor developed by the great 19th century mathematicians, which held that any premises were valid so long as they were consistent with one another. It will make clear the ideas contributed by Zeno, Plato, Pythagoras, Eudoxus, the Arabic and Scholastic mathematicians, Newton, Leibnitz, Taylor, Descartes, Euler, Lagrange, Cantor, Weierstrass, and many others in the long passage from the Greek method of exhaustion and Zeno's paradoxes to the modern concept of the limit independent of sense experience; and illuminate not only the methods of mathematical discovery, but the foundations of mathematical thought as well.