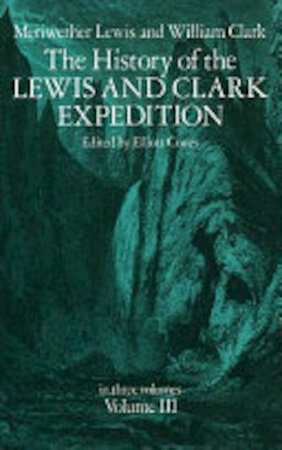 The History of the Lewis and Clark Expedition

From May 1804 to September 1806, Meriwether Lewis and William Clark undertook one of the great adventures of modern man. Their government-sponsored exploration of the wilderness between the Mississippi River and the Pacific covered, in total miles, a distance equal to one-third the circumference of the earth and took its participants through what is now mapped as Missouri, Kansas, Iowa, Nebraska, Washington State, South Dakota, Montana, Idaho, and Oregon. It was an epoch-making expedition through one of the most magnificent geographical areas of the world.
The story of the Lewis and Clark Expedition is America’s national epic. Both men proved themselves not only intrepid pioneers but also acute observers and top-flight journalists. Their day-to-day journal filled thousands of pages with the most complete and authentic record of any exploring venture in history. But the world had to wait years for the story. In 1814, the only authorized history of the expedition, a personal narrative pieced together by Nicholas Biddle from the journal manuscript, finally appeared. While undeniably exciting, that publication left a lot to be desired. Only with the appearance, in 1893, of the four-volume Elliott Coues edition was the story told in such a way as to be both a thrilling narrative and a valuable document for students of Americana, historians, and all others interested in this vital chapter in the opening up of the American West.
Now that four-volume set is reprinted in its entirety in a three-volume edition. Here is the whole story as summarized by Biddle: encounters with dozens of Indian tribes; descriptions of their political and social organization, dress, living habits, and ways; personal anecdotes of courage and stamina; vivid descriptions of staggering natural wonders that no white man had ever seen. Here, too, is all the material that Coues added: chapter synopses; critical footnotes that clarify hundreds of obscure references, add important biological data, provide modern locations of camp and exploration sites, bring into account additional material from the manuscript journal, and correct countless errors; a bibliographical introduction; brief Memoirs of Clark and the expedition’s sergeant, Patrick Gass; a modern map to supplement Lewis and Clark’s originals; and a much-needed index.
Intended not only to further knowledge of North American geography but also to see the extension of American commerce, the Lewis and Clark Expedition marked the beginning of major growth in the United States. Partly because of this and partly because of its inherent excitement, this firsthand account should be read by every student of American history as well as by all who enjoy the adventure of exploration.