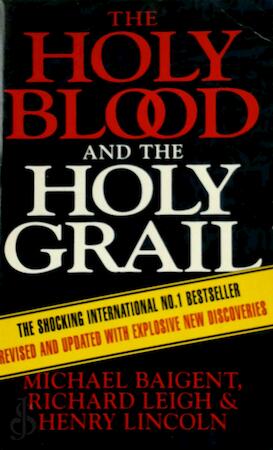 The Holy Blood and the Holy Grail

"A vast number of people have become enthralled with the story of the nineteenth-century French priest who, in his mountain village at the foot of the Pyrenees, discovered something which enabled him to amass and spend a fortune of millions of pounds. The tale seems to begin with buried treasure and then turns into an unprecedented historical detective story - a modern Grail quest leading back through cryptically coded parchments, secret societies, the Knights Templar, the Cathar heretics of the 12th and 13th centuries and a dynasty of obscure French kings deposed more than 1,300 years ago. Now, after more than ten years of research, Henry Lincoln and his co-authors, Michael Baigent and Richard Leigh, publish the results of their inquiry into this taunting enigma. What really lies at the core of this discovery of Rennes-le-Chateau is not material riches, but a secret - a secret of explosive and controversial proportions, which radiates out from the little Pyrenees village to encompass the whole of Western civilisation. The secret is no mere historical curiosity. Its repercussions stretch all the way to the contemporary politics and the entire edice of the Christian faith. It in