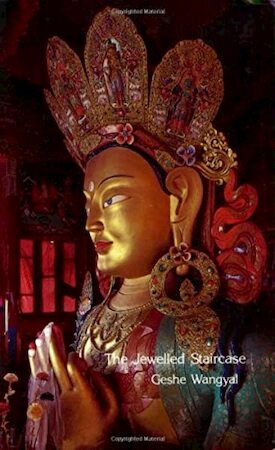 In 1955, a geshe from Drepung Monastery in Lhasa, Tibet arrived in the United States. He founded the first Tibetan Buddhist monastery in North America and was to become one of the main forces in the newly developing awareness of Tibetan Buddhism in America. Geshe Wangyal's early students have in turn become leading Buddhist scholars and practitioners. During the 28 years that the late Geshe Wangyal taught in the United States, he emphasized the need for a firm basis in the fundamentals of Buddhist doctrine. In the last seven years of Geshe-la's life, he worked tirelessly on this his final book, which reflects his main goal of presenting in a clear and precise way the essential topics for new Buddhists of Western countries. The Jewelled Staircase is his legacy to us--the culmination of his life's work.