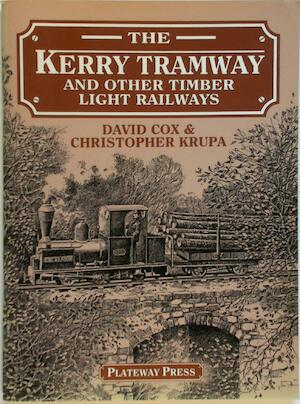 The Kerry Tramway and Other Timber Light Railways

The history of the Kerry Tramway, a narrow gauge timber railway in the Montgomeryshire hills of Wales. It was unique in Britain with a triangular junction, reversing switchbacks to gain height, the multiplicity of its inclines, and its spectacular engineering works constructed from hewn timber. Closed in 1895, it was reopened in 1917 to servee the massive demand for timber during World War I. In addition, the book identifies over fifty timber railways in Wales, Scotland and England, in standard, 3ft and 2ft gauge, that formed a network of lines around the countryside. This book should appeal to all fans of Welsh narrow gauge and aficionados of industrial and narrow gauge railways generally. Modellers will find a feast of information on little know prototypes in all three countries, along with information on trackside structures such as the sawmills and with a goldmine of practical data in the photographs, maps and scale drawings provided. The book is also extremely useful to anyone interested in World War I as it discusses in detail how timber was obtained to shore up all those trenches on the battlefield--even discusses the Canadian Forestry Corps, one unit of which was stationed in Wales. Includes rosters of locomotives; list of lines worked by horses, mules, gravity, and manpower; Illustrated throughout with black and white photos.