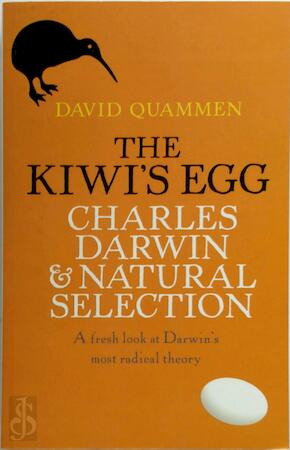 Set to become the standard text on Darwin and natural selection

Evolution, during the early nineteenth century, was an idea in the air. Other thinkers had suggested it, but no one had proposed a cogent explanation for HOW evolution occurs. Then, in September 1838, a young Englishman named Charles Darwin hit upon the idea that 'natural selection' among competing individuals would lead to wondrous adaptations and species diversity. Twenty-one years passed between that epiphany and publication of ON THE ORIGIN OF SPECIES. The human drama and scientific basis of Darwin's twenty-one-year delay constitute a fascinating, tangled tale that elucidates the character of a cautious naturalist who initiated an intellectual revolution.

THE KIWI'S EGG is a book for everyone who has ever wondered about who this man was and what he said. Drawing from Darwin's secret 'transmutation' notebooks and his personal letters, David Quammen has sketched a vivid life portrait of the man whose work never ceases to be controversial.