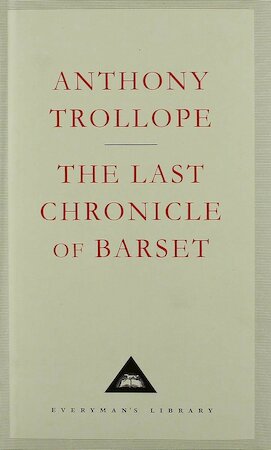 The Last Chronicle of Barset

The concluding episode in Trollope's magnificent sequence of six Barsetshire novels narrates the trials of Joseph Crawley, the obsessive rector of Hogglestovk, as he struggles to clear his name from accusations of theft. But Crawley's story is only one thread in a complex tapesty which includes favourite characters from earlier novels in this delicately planned finale to the sequence. Four of the Barset novels - THE WARDEN, BARCHESTER TOWERS, DOCTOR THORNE AND FRAMLEY PARSONAGE already appear in Everyman. THE SMALL HOUSE AT ALLINGTON will be published in 1996

"The Last Chronicle of Barset" is ook verkrijgbaar als