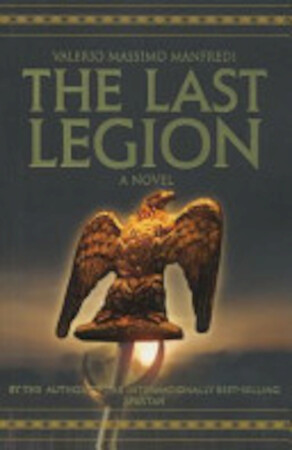 A brilliant new historical epic from the best-selling author of The Alexander Trilogy. As the Western Roman Empire begins to collapses in 470AD, a small band of British Roman soldiers, make a long and arduous journey to Rome. They arrive to find the city on the edge of chaos, over-run with rebellion, not far from destruction. Despite the tumultuous events around them, they resolve to continue their mission; to keep the spirit of Empire alive by rescuing the young son of the last Emperor, Romulus Augustus. A daring rescue ensures and, hearing rumours of an entire Legion of the Roman Army that has remained loyal to Rome, they begin a trek across Northern Europe to find them. By finding the Legion, and establishing the boy as the legitimate Emperor, the Romans believe an uprising can be launched and the Empire revived. But the journey is futile, the Legion is nowhere to be found and they find themselves quickly losing heart. Deciding to turn back to Britain, they cross the channel in defeat, little knowing the mysterious revelations and magical destinies that await them on their return.