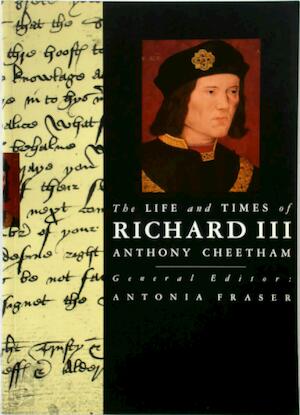 The Life and Times of Richard III

Richard III is one of the most mysterious and controversial figures in English history. His early life is overshadowed by the prominence of his older brothers, Edward 'the sun of York', and the feckless Clarence, and comparatively little is known about him. But the untimely death of Edward IV in 1483 forced Richard into the limelight and the last three years of his life have taken on the character of a detective story. Did Richard really believe his brother and nephews were illegitimate? Why did he seize the throne? What did happen to the Princes in the tower? It was only natural that Henry Tudor should vilify his predecessor and hold him responsible for ever heinous deed. But some later historians have tried to redress the balance and portray him as the most unfairly maligned and glorious monarch of the period. The author cuts through the legend and the propaganda and reaches back to retrace the forgotten period of Richard's life. He thus places in context those final years before the last of the Plantagenets died on Bosworth Field.