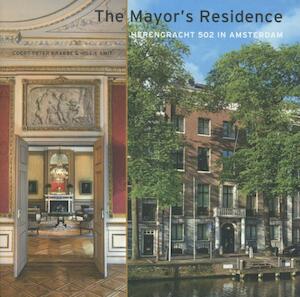 The mayor's residence herengracht 502 in Amsterdam

architecture, interior, and history of the inhabitants

Herengracht 502, which stands near the grand 'Golden Bend' of the Herengracht, the most prestigious section of Amsterdam's entral ring of canals, has been the mayor's official residence since 1927.


The stately canal house was commissioned in 1671-1672 by Paulus Godin, a merchant of the Dutch West India Company, and designed in the style of the gifted architect Adriaen Dortsman. Its current appearance, including the entrance accentuated by marble columns, also owes much to the renovation work carried out around 1791 by Amsterdam's city architect Abraham van der Hart. The main floor, which is used today to host the mayor's receptions, contains unique, rich interiors dating from the eighteenth and nineteenth centuries, which reflect the status, international tastes and interests of those who lived in the house at various times. After having been owned by two consecutive directors of the Netherlands Trading Company, Herengracht 502 has been occupied by ten mayors, from Willem de Vlugt to Eberhard van der Laan.

The Mayor's Residence - Herengracht 502 in Amsterdam describes the building's history in four chronological chapters. The product of extensive research, this book dwells variously on issues relating to architectural and restoration history, the interior, and the house's occupants.