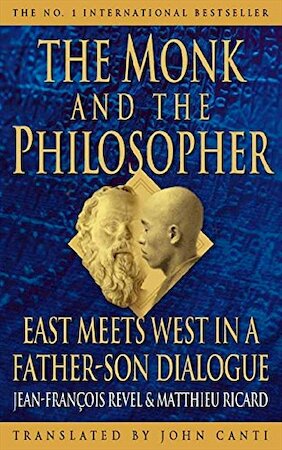 The Monk & the Philosopher

The most groundbreaking meeting of Eastern philosophy and Western culture to date.
In this father-son dialgue, Revel and Ricard explore the most fundamental questions of human existence and the ways in which they are embraced by Eastern and Western thought. In this meeting of the minds, they touch upon philosophy, spirituality, science, politics, psychology and ethics. They raise the enduring questions: does life have meaning? Why is there suffering, war and hatred? Revel’s perspective as an internationally renowned philosopher and Ricard’s as a distinguished molecular-geneticist-turned-Buddhist-monk results in a brilliant, accessible and accessible conversation–the most eloquent meeting yet of Eastern & Western thought.