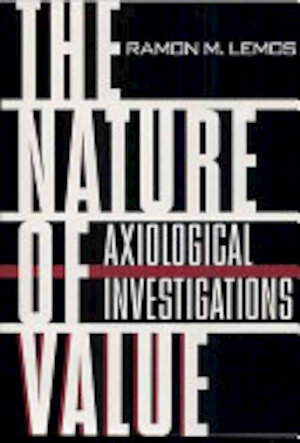 The Nature of Value

"Timelessly valuable. . . . An original, systematic treatment of some important issues in moral philosophy that have been neglected in recent years. . . . A splendid book of general interest to philosophers."--James Rachels, University of Alabama at Birmingham

"A major contribution to the general theory of value and moral philosophy. Its thoroughness is unsurpassed in recent philosophy."--Panayot Butchvarov, University of Iowa

Ramon Lemos develops and vindicates a view of "the irreducibility, rationality, and objectivity of value as an alternative to reductionist, skeptical, relativist, and subjectivist treatments of value." While traditional in his approach, Lemos concentrates mainly on developing his own views rather than on presenting criticism of the views of others.

One of the central theses of his book is that value is neither identical with nor reducible to psychological phenomena such as liking or disliking, preferring, evaluating, and valuing or disvaluing. He examines various kinds of value, the place of moral value within them, the ontological status of the bearers of value, and the relationship between morality and rationality. In clear writing he defines the issues he considers, sets out his position, and supports his views with original arguments that display his awareness of the history of moral philosophy.

He also discusses some of the implications for higher education of his view of the complete human good, arguing that the task of higher education is to assist students in acquiring their complete good, not merely to increase their understanding of arts and sciences.

Ramon M. Lemos is professor of philosophy at the University of Miami in Coral Gables, Florida. He is the author of Metaphysical Investigations; Rights, Goods, and Democracy; Hobbes and Locke: Power and Consent; Rousseau's Political Philosophy: An Exposition and Interpretation; and Experience, Mind, and Value: Philosophical Essays and of essays and reviews in philosophical journals.