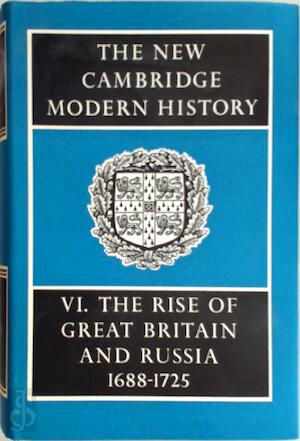 Volume VI draws attention to two of the paramount developments which, with the growth of the Hapsburg monarchy, affected all of Europe and many parts of the Americas during the period under survey. War, politics, and society in Western Europe are studied from the English Revolution to the death of Louis XIV, and elsewhere from the accession of Charles XII to the death of Peter the Great (and for the Ottoman Empire to 1730). There is a survey of European maritime commerce extending to all important traffic within the overseas world, and a chapter on population and prices in Europe. Although much space is necessarily occupied by war and diplomacy, and by new methods of conducting them, the cultural and religious history of the period was of fundamental importance to the Enlightenment that was to follow. In this and other respects, the present volume complements volumes V and VII.