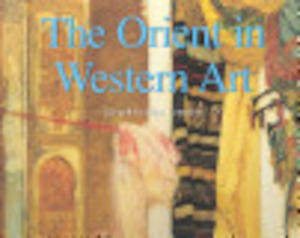 The Orient in Western Art

The oriental motif is a recurring theme in western painting. From the Renaissance with its awakening interest in ancient cultures and art to the 18th century with its Grand Tours and "Turkish fashion," the oriental theme has not only documented artists' travels to the East, but has projected the wishes, desires and imagination of the West. From ethnographic etchings to exaggerated displays of the sultans' splendor, this paradox of fact and fantasy culminated in the 19th century with the genre Orientalism. Napoleon's conquest of Egypt, European colonization, and archaeological excavations opened up the region to numerous artists such as Decamps. Delacroix, Fromentin, Ingres, Lear, and Hunt, whose most famous works express oriental imagery. The Orient in Western Art presents the emergence and development of an artistic motif accompanied by explanations of social and cultural history. Book jacket.