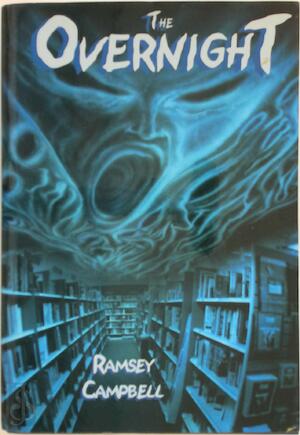 One of 500 numbered trade hardcover copies signed by Ramsey Campbell. Also the first 200 copies are numbered, signed by Campbell and Mark Morris and available in a slipcase.

The bookstore's shelves are put in order every night, but every morning, books are found lying all over the floor, many damp and damaged beyond repair. The store's computers keep acting up, and even when the machines are off, they seem to glow with a spectral gray light.
Things soon go from bad to worse. A salesclerk abruptly loses his ability to read. One employee accuses another of making sexual advances. A hit-and-run in the parking lot claims a life. The security monitors display half-seen things crawling between the stacks.
Desperate to pass a company inspection, the manager musters his staff for an overnight inventory. When the last customers reluctantly depart, leaving almost-visible trails of slime shining behind them, the doors are locked, sealing the staff inside for a final orgy of shelving.
The damp, grey, silent things that have been lurking in the basement and hiding in the fog may move slowly, but they are inexorable. This bookstore is the doorway to a hell unlike any other.

Signed copy: 390/500 and with personal note from Campbell. First two pages a bit loose, otherwise a fine and complete copy