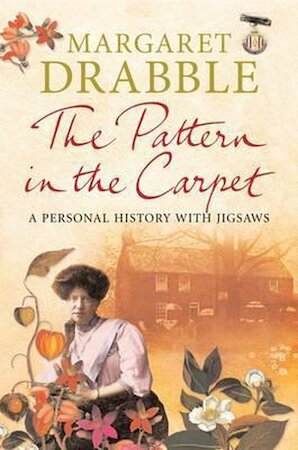 The Pattern in the Carpet

James Boswell described the 'innocent soothing relief from melancholy' of playing draughts, and Margaret Drabble - among countless others - has found comparable solace from assembling jigsaws. In The Pattern in the Carpet she tells the history of this uniquely British form of meditation, from its earliest incarnation in dissected maps (which were used as teaching tools in the eighteenth century), to the extraordinary variety of cut-outs that have continued to amuse children and adults until the present. Along the way we encounter Roman mosaics: the geographical playing cards that Cardinal Mazarin commissioned for the Louis XIV; and the game named after the British transport minister responsible for the Belisha Beacon.

Woven through Drabble's account are intimate memories of her aunt Phyllis - her childhood visits to her aunt's Lincolnshire house in Long Bennington on the Great North Road, their first visit to London together, the books they read and, above all, the jigsaws that they completed.
The Pattern in the Carpet is a unique and moving personal history of remembrance and growing older; about the importance of childhood play; and how we rearrange objects into new patterns both to make sense of our past and to ornament our present.