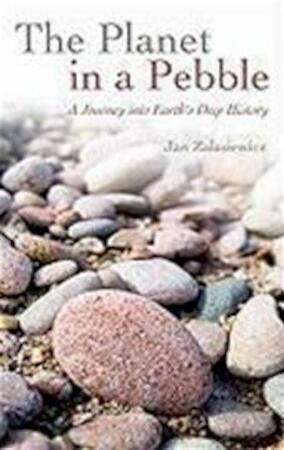 The Planet in a Pebble

A Journey Into Earth's Deep History

This is the story of a single pebble, whose history carries us into abyssal depths of time, and across the farthest reaches of space. Indeed, starting from this tiny, common speck, Jan Zalasiewicz offers readers a stimulating tour that begins with the Universe's dramatic birth in the unimaginable violence of the Big Bang and explores the construction of the Solar System and the origins of our own planet. Zalasiewicz shows the almost incredible complexity present in the apparently mundane pebble, starting with the astonishing number of atoms in each. We learn that many events in the Earth's ancient past can be deciphered from a pebble: volcanic eruptions; the lives and deaths of extinct animals and plants; the alien nature of long-vanished oceans; and even the creations of fool's gold and oil deep underground. Zalasiewicz also demonstrates how geologists reach deep into the Earth's past by forensic analysis of even the tiniest amounts of mineral matter. The pebble may be small, and ordinary, but it is also an eloquent part of our Earth's extraordinary, never-ending story.