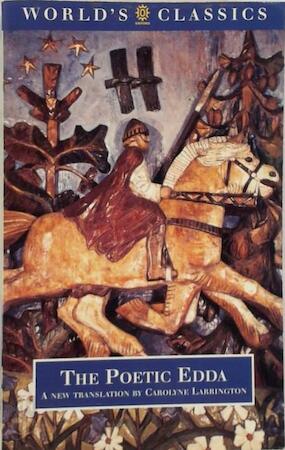 The collection of Norse-Icelandic mythological and heroic poetry known as the Poetic Edda contains the great narratives of the creation of the world and the coming of Ragnarok, The Doom of the Gods. The mythological poems explore the wisdom of the gods and giants, narrating the adventures of the god Thor against the hostile giants and the god's rivalries amongst themselves. The heroic poems trace the exploits of the hero Helgi and his valkyrie bride, the tragic tale of Sigurd and Brynhild's doomed love, and the terrible drama of Sigurd's widow Gudrun and her children. Many of the poems predate the conversion of Scandinavia to Christianity, allowing us to glimpse the pagan beliefs of the North. Since the rediscovery of the Poetic Edda in the seventeenth century, its poetry has fascinated artists as diverse as Thomas Gray, Richard Wagner, and Jorge Luis Borges. This is the first complete translation to be published in Britain for fifty years, and it includes a scholarly introduction, notes, a genealogy of the gods and giants, and an index of names.