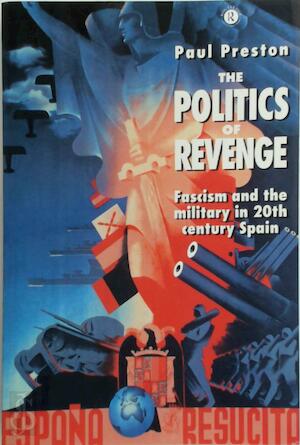 The Politics of Revenge

Fascism and the Military in 20th-century Spain

The role of the Spanish Right in the course of the 20th-century has been a neglected area of academic study. The Politics of Revenge redresses this, providing a succinct and disturbing account of how the Spanish Right seized power through a bloody civil war in the 1930s, held power for nearly 40 years through the exercise of state terror and then fought to block the return of democracy. This book presents a readable and disturbing analysis of the ruthless and violent political scene. Apart from the brief intervals of the Second Republic (1931-1936) and the post-1977 democratic regime, modern Spain has been dominated by the Right. On the occasions when that dominance has been challenged by the forces of democracy the Right has responded with violence. In 1936, it called upon the military to reimpose it's hegemony though a fierce and bloody civil war. The consequence was 40 years of repressive dictatorship under Franco. Subsequent progress towards the re-establishment of democracy has been punctuated by frequent attempts at military coups.