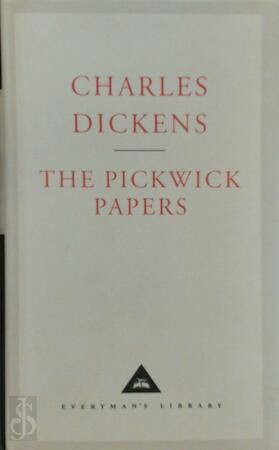 The Posthumous Papers of the Pickwick Club

When young Charles Dickens was commissioned to write the text for a series of sporting illustrations in 1836, no one could have suspected that this journeyman task was to turn in to one of the great comic novels in English literature. After the premature death of the original illustrator, Dickens took charge of the project, which was published in monthly parts. The result is a brilliant panorama of English life in the 1830s, a cornucopia of stories and vignettes featuring dozens of vividly drawn characters. Chief among them are Mr Pickwick himself, a later day Don Quixote travelling about the country righting wrongs; and his Sancho Panza, Sam Weller, whose pithy sayings and bizarre anecdotes immediately became and remained part of national mythology. With The Pickwick Papers Dickens established himself at a single stroke as a major creative artist, revealing the depth of his human sympathies, the breadth of his interests and his extraordinary linguistic virtuosity. His first novel, published when he was 25, is his first masterpiece. The Everyman edition includes 43 illustrations by Seymour and 'Phiz' which accompanied the original edition and also reprints the 1907 preface by G. K. Chesterton.