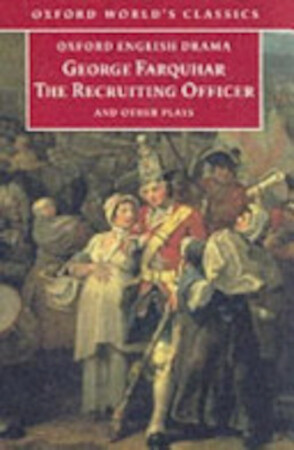 The Recruiting Officer and Other Plays

George Farquhar (1678-1707) wrote some of the most exhilarating comedies in English, recording with great frankness the brutality and disorder of his age as well as its wit and vivacity. This modern spelling edition of four of the least formal and most actable Restoration comedies discloses the brutal, witty, and vigorously comic world in which Farquhar lived. Complete with an intorduction and full notes, this volume includes The Constant Couple, The Twin Rivals, The Recruiting Officer, and The Beaux' stratagem. All challenge many preconceptions about class, marriage, and the sexual politics of the early eighteenth century.