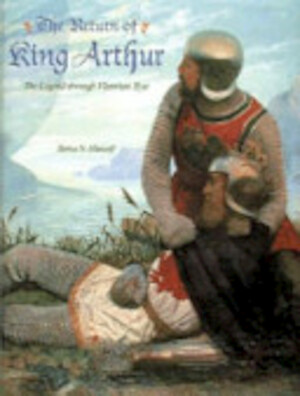 The Return of King Arthur

"Wrapped in the mists of Avalon since the Middle Ages, the Once and Future King made his promised return in the nineteenth century. The Return of King Arthur: The Legend through Victorian Eyes celebrates the unprecedented revival of the Arthurian legend in the arts and popular culture of Victorian Britain (1837-1901). In a rich array of poetry, painting, children's stories, and plays, Arthur and his noble knights and ladies were reborn. The legend was not simply revived: the new generation reinvented the saga and its heroes in their own image, creating metaphors for their notions of monarchy, the roles of men and women in society, and the proper path for children to follow." "In The Return of King Arthur, Debra N. Mancoff reveals why the legend resonated so deeply during Victoria's reign. Retold in the poetry of Alfred, Lord Tennyson, William Morris, and Sir Walter Scott, and envisioned in the paintings of the Pre-Raphaelite Brotherhood and in book illustrations by such artists as Arthur Rackham and Aubrey Beardsley, the legend of King Arthur and his compatriots in chivalry became the code for every facet of Victorian culture." "Informative and entertaining, and handsomely illustrated with more than 130 evocative and heroic works of art, The Return of King Arthur captures the romance of this age-old legend and shows us how the Victorian words and images have shaped our own great interest in it today."--BOOK JACKET.Title Summary field provided by Blackwell North America, Inc. All Rights Reserved