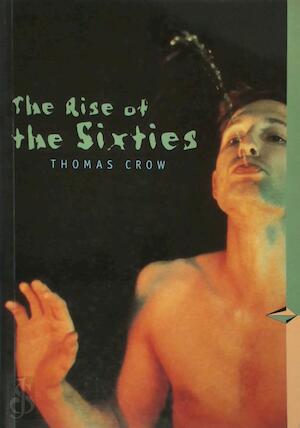 The Rise of the Sixties

"The 1960s have become fixed in our collective memory as an era of political upheaval and cultural experiment. Visual artists working in a volatile milieu sought a variety of responses to the turmoil of the public sphere and struggled to have an impact on a world preoccupied with social crisis. In this compelling account of art from 1955 to 1969, Thomas Crow, author of the critically acclaimed Emulation: Making Artists for Revolutionary France, looks at the broad range of artists working in Europe and America in the stormy years of the Civil Rights movement, the Vietnam War, and the counterculture, exploring the relationship of politics to art and showing how the rhetoric of one often informed - or subverted - the other." "Moving from New York to Paris, from Hollywood to Dusseldorf to London, Crow traces the emergence of a new aesthetic climate that challenged established notions of content, style, medium, and audience. In Happenings, in the Situationist International, in the Fluxus group, artists worked together in novel ways, inventing new forms of collaboration and erasing distinctions between performance and visual art. As the 1960s progressed, artists responded in many ways to the decade's pressures; internalizing the divisive issues raised by the politics of protest, they rethought the role of the artist in society, reexamined the notion of an art of personal "identity", discover celebrity, devised visual languages of provocation and dissent, and attacked the institutions of cultural power - figuratively and sometimes literally." "Crow sees the art of the 1960s as a reconfiguration of the concept of art itself, still cited today by conservative critics as the wellspring of all contemporary scandals, and by those of the left as rare instance of successful aesthetic radicalism. He expertly follows the myriad expressions of this new aesthetic, weaving together the European and American experiences, and pausing to consider in detail many individual works of art with his always perceptive critical eye. Both synthesis and critical study, this book reopens the 1960s to a fresh analysis."--BOOK JACKET.Title Summary field provided by Blackwell North America, Inc. All Rights Reserved