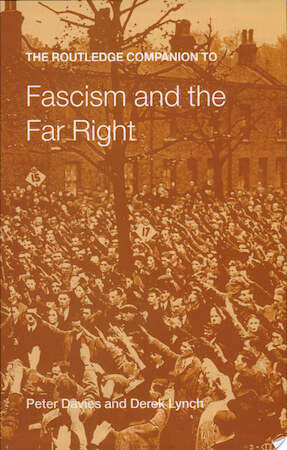 The Routledge Companion to Fascism and the Far Right

The Routledge Companion to Fascism and the Far Right is an engaging and accessible guide to the origins of fascism, the main facets of the ideology and the reality of fascist government around the world. In a clear and simple manner, this book illustrates the main features of the subject using chronologies, maps, glossaries and biographies of key individuals.

As well as the key examples of Hitler's Germany and Mussolini's Italy, this book also draws on extreme right-wing movements in Latin America, Eastern Europe and the Far East.

In a series of original essays, the authors explain the complex topics including: