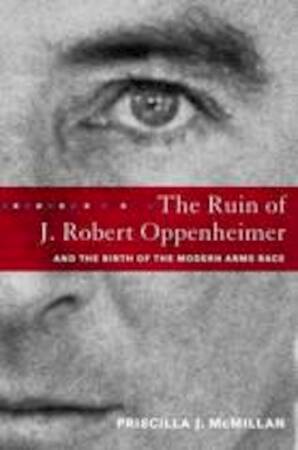 The Ruin of J. Robert Oppenheimer, and the Birth of the Modern Arms Race

On April 12, 1954, the nation was astonished to learn that scientist J. Robert Oppenheimer faced charges of violating national security. Why had the charismatic leader of the Manhattan ProjectÂ— the man who led the team that developed the atomic bomb that ended World War IIÂ—been cast into overnight disgrace? In this riveting narrative, bestselling author Priscilla J. McMillan draws on newly declassified U.S. government documents and materials from Russia, as well as in-depth interviews, to present the truth about the downfall of AmericaÂ's most famous scientist.

McMillan re-creates the fraught years from 1949 to 1955 when Oppenheimer and a group of liberal scientists tried to head off the cabal of hard-line air force officials, anti-Communist politicians, and rival scientistsÂ—including Edward TellerÂ—who were trying to seize control of U.S. policy and build ever more deadly nuclear weapons. The conspiracy to discredit Oppenheimer, occurring at the height of the McCarthy era and sanctioned by a misinformed President Eisenhower, was a watershed in the cold war, poisoning American politics for decades and creating dangers that haunt us today.