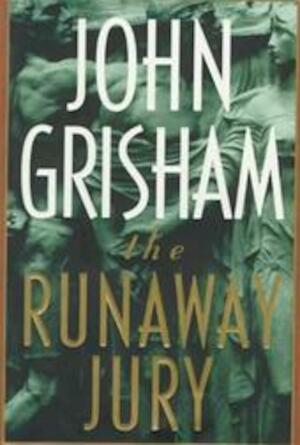 Every jury has a leader, and the verdict belongs to him. In Biloxi, Mississippi, a landmark tobacco trial with hundreds of millions ofdollars at stake begins routinely, then swerves mysteriously off course. Thejury is behaving strangely, and at least one juror is convinced he's beingwatched. Soon they have to be sequestered. Then a tip from an anonymous youngwoman suggests she is able to predict the jurors' increasingly odd behavior.Is the jury somehow being manipulated, or even controlled? If so, by whom?And, more important, why? Now available for the first time...every word, every page of John Grisham'sblockbuster bestseller!!Performed by actor and well-known spoken-word performer Frank Muller. Mullerhas narrated more than 120 audiobooks and has received numerous awards inrecognition of his achievements, including the award for best unabridgedfiction audiobook of 1995 from "Publishers Weekly," the Listeners ChoiceAudio award from the Audio Publishers Association, and various Earphone awardsfrom the audio publication AudioFile. His television credits include "Law &Order," "Life Goes On," "All My Children" and" One Life toLive."