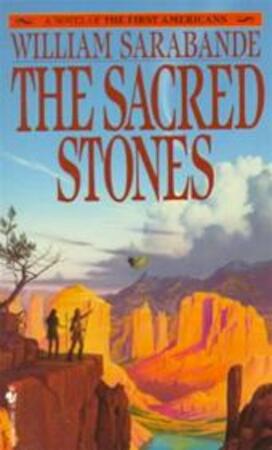 Courageous, passionate men and women battle for survival of their clans--in the shadow of the great mammoth who speaks with thunder....As the massive glaciers fade and the wide seas rise, the warm grasslands of the Americas bring prosperity to the gentle People of the Red World, followers of the Great Ghost Spirit, the White Mammoth.  But farther north, where the harsh dry winds howl, another nation, the People of the Watching Star, are enmeshed with legends of an evil shaman and the man-eating monster called the wanawut.  Relentlessly they have hunted the mammoth to near extinction.  Now, as raiders and ravagers they are coming south to invade the villages of the People of the Red World.  The only ones who can prevent the murder of innocents and the final slaughter  of the mammoth are a young boy shaman to whom the animals speak, a man whose strength equals his conviction, and a woman who hopes that, beyond violence and cruelty, humankind will recognize a stronger power--the force of love.