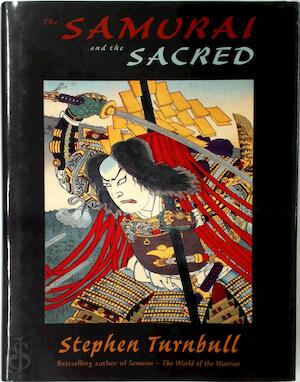 The samurai and the sacred

The samurai were celebrated warriors, but they were also deeply spiritual men whose religious beliefs sustained and inspired their forays into battle. In this entirely original work, Stephen Turnbull, a leading authority on Japanese history and author of more than 50 books, reveals the soul of the samurai in a thoughtful exploration of the religions and philosophies that motivated them. Drawing inspiration from all manners of belief systems – from Japan’s mainstream religions of Shinto and Buddhism, to Confucianism, Christianity, and Folk Religion – the samurai were fascinating men who often valued their honor above their lives.THE SAMURAI AND THE SACRED is strikingly illustrated with lavish Japanese prints and vibrant photographs. A provocative study, it includes chapters on martial arts, modern militarism, the cult of the sword, revenge, suicide, hara kiri and kamikaze pilots. THE SAMURAI AND THE SACRED is a compelling read that provides insight into Japanese culture, philosophy, and warfare.