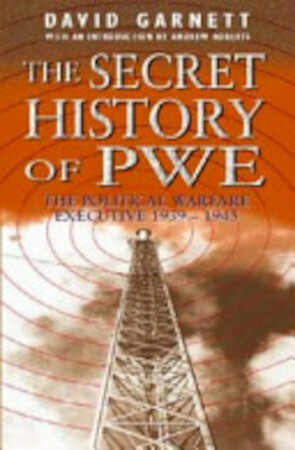 The Secret History of PWE

Of all Britain's secret intelligence organizations, the least known is the Political Warfare Executive, developed to conduct psychological warfare against the Nazis. The PWE's history has now been declassified by the Cabinet Office and released, 50 years after it had been completed and consigned to Whitehall's secret archives. David Garnett's book tells of how such resourceful intellects as Richard Crossman, Sefton Delmer, Leonard Ingrams, and Valentine Williams waged a covert campaign against the enemy, using such unorthodox, ingenious methods as black propaganda and "false flag" radio broadcasts. It also reveals the internal conflicts with the BBC, Special Operations Executive, and the Secret Intelligence Service. At best a handbook of how to undermine an adversary and at worst a tale of breathtaking incompetence and political infighting, this volume aims to add a missing dimension to recent disclosures of Britain's covert wartime operations.