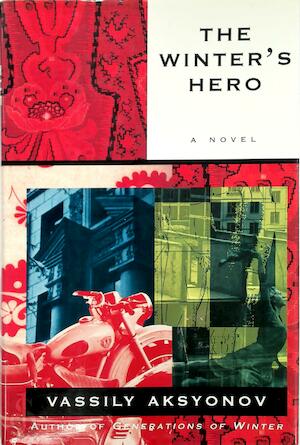 Generations of Winter tells the story of the Gradovs, a Russian family struggling to survive amid the convulsions of the Stalin era.In The Winter's Hero, Vassily Aksyonov concludes this remarkable saga in the years following the Second World War. Russia in the 1950s is a world created in the image of an increasingly paranoid Joseph Stalin, a society where campaigns against artists, intellectuals, and others destroy thousands of innocent men and women. It is in this world that the new generation of Gradovs must try to build their own lives. Boris Gradov, son of the fallen hero of Generations of Winter, attempts to bury the pain of his mother's defection to the United States in reckless adventures and the arms of an older woman. Yolka, the poetess Nina Gradov's daughter, is a gifted musician on the brink of womanhood when her beauty catches the eye of a secret-police chief, who snares her in his web of depravity. Even the clan's aging patriarch, Boris III, who has survived revolution, purges, and war, must face a final moral crisis.