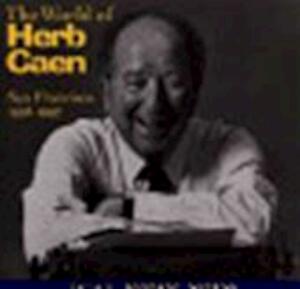 The world of Herb Caen

Herb Caen came to San Francisco from Sacramento in 1936, a brash, twenty-year-old reporter hoping to take The City by storm. "The Sackamenna kid", as he sometimes called himself, and his "loyal Royal" typewriter did just that. This joyous illustrated tribute to San Francisco and its most famous chronicler celebrates the columnist's now legendary three-dot journalism and his sixty-year love affair with the town he christened Baghdad-by-the-Bay. Herb Caen's lifelong friend, author Barnaby Conrad, has selected the most memorable passages from the columns and combined them with remembrances from Herb's closest friends and admirers. More than one hundred vintage photographs accompany the hilarious and heartwarming collection of quintessential Herbisms - including his finest anecdotes, bon mots, and one-liners.