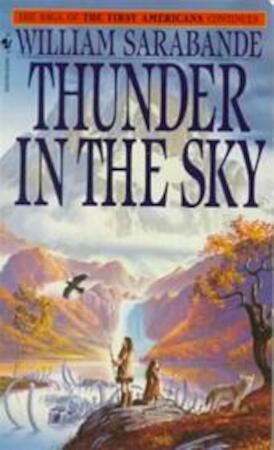 Thunder in the Sky

The grassy Great Plains shake with thunder and deadly tornadoes whirl down from storm clouds as the First Americans begin the battle the will determine which peoples--the savage or the gentle--will shape the future or humankind.  On one side is the young shaman Cha-kwena, who has led his tiny band along the trail made by a magnificent white mammoth, the totem he believes will lead the People to a land of safety and abundance.  But they are pursued by enemies, a race of vicious and relentless hunters who want to steal Cha-kwena's magic, kill his sacred mammoth, and possess his passionate woman.