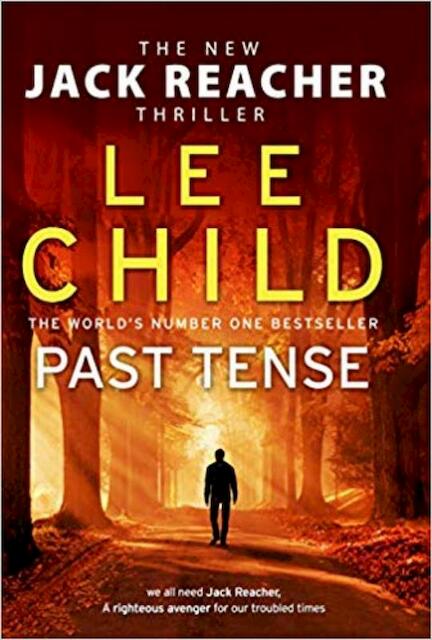 The most hotly anticipated paperback thriller of the year follows our hero Jack Reacher on a quest into his father's past, and climaxes in the most stomach-clenching, hair-raising, blood-curdling ticking time bomb of an adventure yet. The present can be tense . . . Two young Canadians trying to get to New York City are stranded at a lonely motel in the middle of nowhere. Before long they’re trapped in an ominous game of life and death. But the past can be worse . . . Jack Reacher is on an epic road trip across America. He doesn’t get far. Deep in the New England woods, he sees a sign to a place he has never been - the town where his father was born. But when he arrives he is told no one named Reacher ever lived there. Now he wonders: who’s lying? As the tension ratchets up and these two stories begin to entwine, the stakes have never been higher for Reacher. That’s for damn sure.

"Past Tense" is ook verkrijgbaar als