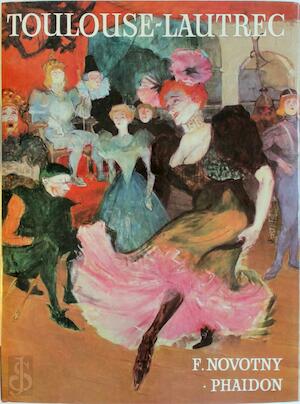 The world of Henri de Toulouse-Lautrec was inhabited by denizens of the street and night life of fin-de-siecle Paris - with its dance halls, bars, brothels and circuses. Portraying this world in his paintings, drawings, posters and prints, Lautrec created a vibrant body of art that earned him lasting renown. Lautrec was born in 1864 into one of the oldest noble families in France. At the age of 13 it was discovered that he suffered from a genetic defect that prevented the bones in his legs from continuing to grow. Small in stature and singular in appearance, Lautrec lived his life with a passionate intensity, choosing to dwell among the Bohemian and exotic characters he depicted in his canvases. He died at the age of 37 after excessive drinking had severely debilitated and finally destroyed him. During his short career, however, he not only painted, drew, and designed posters, but also worked with stained glass and bookbindings. The essays in this book discuss the full range of Lautrec's career and artistic activities - from his youthful sketchbooks and examples of applied art to the seminal pictures and posters at the end of his life. The essays also focus on the cultural milieu and social history of the period, analyzing the marketplace in which Lautec worked, the implications of his exhibitions and his association with other artists, designers and literary figures. The book is the catalogue for an exhibition at the Hayward Gallery in London from October 10, 1991 to January 19, 1992 and at the Grand Palais in Paris from February 18 to June 1992.