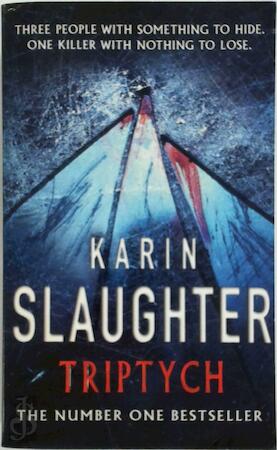 When Atlanta police detective Michael Ormewood is called out to a murder scene at the notorious Grady Homes, he finds himself faced with one of the the most brutal killings of his career: Aleesha Monroe is found in the stairwell in a pool of her own blood, her body horribly mutilated.
As a one-off killing it's shocking, but when it becomes clear that this is just the latest in a series of similar attacks, the Georgia Bureau of Investigation is called in, and Michael is forced into working with Special Agent Will Trent of the Criminal Apprehension Team - a man he instinctively dislikes.
Twenty-four hours later, the violence Michael sees around him every day explodes in his own back yard. And it seems the mystery behind Monroe's death is inextricably entangled with a past that refuses to stay buried ...
This is without doubt an accomplished, compelling and complex tale, with page-turning power aplenty' DAILY EXPRESS
'Criminally spectacular' OK!
Triptych is structured and paced brilliantly; the tension is unceasing throughout. Slaughter's shock tactics don't allow the reader to relax for a single moment' THE TIMES