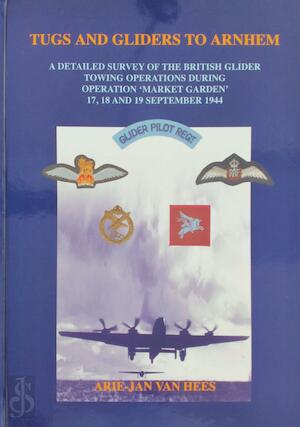 Tugs and gliders to Arnhem

a detailed survey of the British glider towing operations during operation 'Market Garden', 17, 18 and 19 september 1944

In September 1944, the largest airborne operation ever, took place over and on Dutch territory: Operation ‘MARKET GARDEN’. Being a combined airborne (‘MARKET’) and ground (‘GARDEN’) offensive the objectives of the operations were to capture the river crossings over the canals and rivers on Second Army’s main axis of advance and thus cutting off communications between Germany and The Netherlands.
Two American and one British Airborne Division were involved in the capture of the river crossings near Eindhoven, Nijmegen-and Arnhem. Each Division used paratroopers and gliderborne soldiers in order to land men and materiel close to the planned objectives.