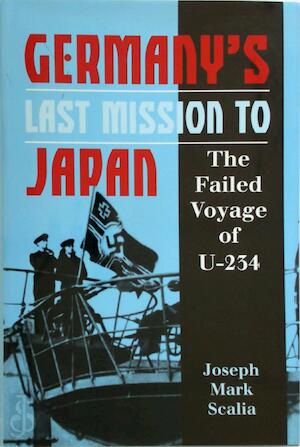 "When U-234 slipped out of a Norwegian harbor on her maiden voyage in March 1945, the submarine carried a precious assortment of armaments and a select group of officials destined for Japan. Word that Germany had surrendered came en route, and the boat's commander, Johann Heinrich Fehler, suddenly found himself in a rogue submarine. U-234 was not only loaded with the most technically advanced weaponry and electronic detection devices of the era, but also two Japanese naval officers still at war with the Allies who preferred death to surrender. This dramatic account of the fateful voyage offers an intriguing look at the individuals involved. Until now, the legacy of U-234 has centered on her ominous cargo, including 560 kilograms of uranium oxide, the presence of which has been the focus of countless theories and much conjecture." "With this book Joseph Mark Scalia argues that the submarine's value was not her cargo but rather the individuals accompanying the material to Japan."--BOOK JACKET.Title Summary field provided by Blackwell North America, Inc. All Rights Reserved