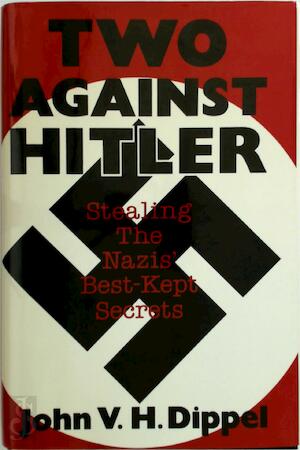 During the Second World War, the United States benefited greatly from the espionage collaboration between a well-connected ex-professor of economics, Erwin Respondek, and his contact at the U.S. embassy in Berlin, Sam Woods. The intelligence gathered by Respondek and passed on to the U.S. government included the first detailed and accurate warning about the Germans' plans to invade the Soviet Union in 1941. It also included valuable information about German atomic research, military operations, and secret weapons. This espionage work--here described for the first time--forms an intriguing chapter in the history of U.S. intelligence operations during the war and is distinctive for the personalities of the principal figures, their web of high-level connections, and the impact of their achievements.

Among the important revelations of this book, which set it apart from previous, passing references to this espionage collaboration, are that Erwin Respondek was one of the United States's most valuable wartime informants in Hitler's Germany, responsible for the famed Barbarossa warning sent to the State Department; that Franz Halder, the German army's chief of staff, was a major source of Respondek's information on the Germans' invasion plan for the Soviet Union; that Du Pont and the German chemical firm IG Farben maintained a secret wartime exchange of scientific findings, up until 1945; that during 1943 and 1944 the German Armaments Ministry supported research leading toward the construction of a new kind of cyclotron; that Sam Woods received from Respondek a tip-off on Japanese war plans in the Pacific; and that Pope Pius XII was peripherally involved in the resistance activities of Respondek and his Berlin-based circle. This book should appeal to students and scholars interested in Nazi Germany and World War II espionage and to a wider, nonspecialist audience as well.