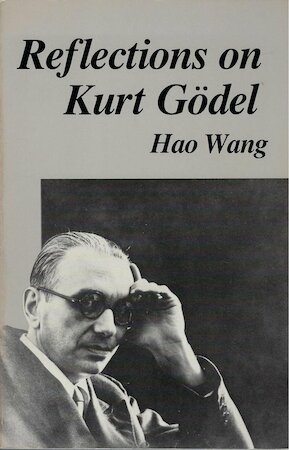 Newton/Descartes. Einstein/Godel. The seventeenth century had its scientific and philosophical geniuses. Why shouldn't ours have them as well? Kurt Godel was indisputably one of the greatest thinkers of our time, and in this first extended treatment of his life and work, Hao Wang, who was in close contact with Godel in his last years, brings out the full subtlety of Godel's ideas and their connection with grand themes in the history of mathematics and philosophy.The subjects he covers include the completeness of elementary logic, the limits of formalization, the problem of evidence, the concept of set, the philosophy of mathematics, time, and relativity theory, metaphysics and religion, as well as general ideas on philosophy as a worldview. Wang, whose reflections on his colleague also serve to clarify his own philosophical thoughts, distinguishes his ideas from those of Godel's and on points of agreement develops Godel's views further.The book provides a generous array of information on and interpretation of the two main phases of Godel's career - the years between 1924 and 1939 at the University of Vienna, which were marked by intense mathematical creativity, and the period from 1940 to his death in 1978, during which he was affiliated with the Institute for Advanced Studies in Princeton, a time in which Godel's interests steadily shifted from questions of logic to metaphysics. And it also examines Godel's relations with the Vienna Circle, his philosophical differences with Carnap and Wittgenstein, the intimate and mutually fruitful friendship with Einstein, and the periodic bouts of depression for which Godel was hospitalized a number of times over the course of his life.Hao Wang is Professor of Logic at The Rockefeller University and author of scores of articles and several books on logic, computers, and philosophy, including "From Mathematics to Philosophy "(extensively discussed with Godel and containing contributions by him) and "Beyond Analytic Philosophy: Doing Justice to What We Know "(MIT Press Bradford Books). He is currently preparing a companion volume, "Conversations with Kurt Godel" which will concentrate on Godel's unpublished ideas. A Bradford Book.