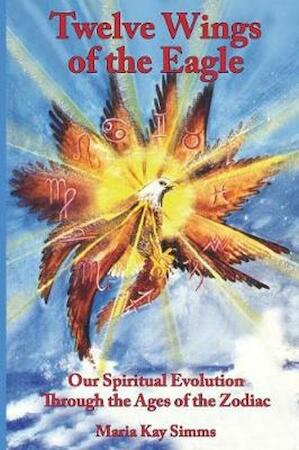 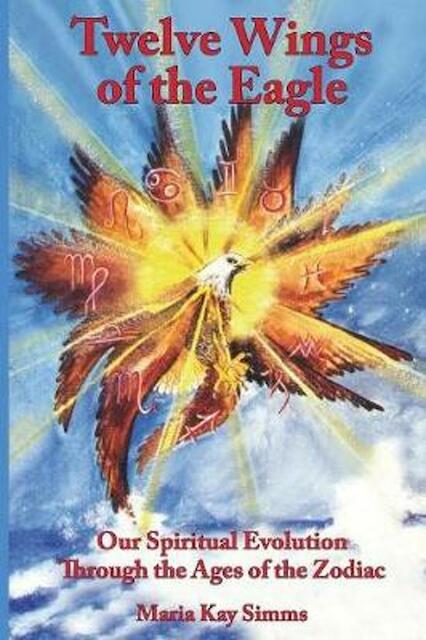 Twelve Wings of the Eagle

In a light, conversational style, the author has traced the spiritual evolution of western civilization through the precessional ages of history and a detailed study of the biblical Genesis.

Her narrative along with lively dialogue with her students are interspersed with stories from Genesis, Exodus and the gospels that are retold from class discussions that emphasize the zodiacal and numerological symbolism that can be found in the stories.

The use of astrology is seen here as a synthesis of such apparent opposites as faith (religion) and reason (science. The astrology of the Great Ages is shown to reflect the matriarchal roots of humanity through the dominance of the patriarchy to the current and future reemergence of the Goddess.

The vision of Esdras, from the Apocrypha, of an eagle with twelve wings brings this story of the ages to a close, but with hope and inspiration for a future for humanity that extends and will quite likely to continue to extend far beyond the fabled Age of Aquarius ...the song for which we've not often heard in recent years. Were not yet in when the first edition of this book was published in 1988, 30 years ago, and now in 2018, we are still in tn the Age of Pisces.

Little in changed in the text in regard to the history of past ages past, though there is commentary and at least a estimate on when the new age might actually arrive...and when we might once again be hearing a new revival of that popular song of years past that began with the lyrics, "It is the coming of the Age of Aquarius...Aquarius! Aquarius!"