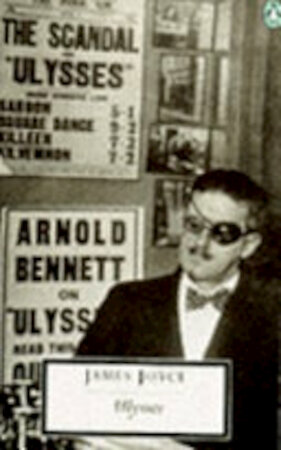 Ulysses is a novel by the Irish author James Joyce. Ulysses chronicles the passage of Leopold Bloom through Dublin during an ordinary day, 16 June 1904 (the day of Joyce's first date with his future wife, Nora Barnacle). The title alludes to Odysseus (Latinised into Ulysses), the hero of Homer's Odyssey, and establishes a series of parallels between characters and events in Homer's poem and Joyce's novel (e.g., the correspondence of Leopold Bloom to Odysseus, Molly Bloom to Penelope, and Stephen Dedalus to Telemachus). Joyce fans worldwide now celebrate 16 June as Bloomsday. Ulysses' stream-of-consciousness technique, careful structuring, and experimental prose-full of puns, parodies, and allusions, as well as its rich characterisations and broad humour, made the book a highly regarded novel in the Modernist pantheon. In 1998, the Modern Library ranked Ulysses first on its list of the 100 best English-language novels of the 20th century.