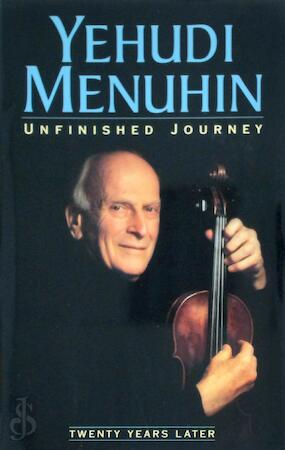 Yehudi Menuhin is one of those rare men who is truly a legend in his own time. In rich and wonderfully candid detail, the great violinist tells the story of his life, recounting the defining moments in his crowded and fascinating journey that began when, as a small boy, he captivated the world. Here, too, Menuhin tells of his friendships and collaborations with Serkin, and also Benjamin Britten, Sibelius, Bartok, Glenn Gould, Casals, Heifetz, Sir Edward Elgar, Shostakovich, Piatigorsky. Indeed, a veritable Who's Who of the twentieth century musical world crosses these pages, as do such illustrious figures as Willa Cather, de Gaulle, Chaim Weizmann, Solzhenitsyn, and Pope John Paul II, for whom Menuhin played Bach's Chaconne at his summer residence in Castelgandolfo. Besides the personalities, Menuhin lets us enter the workshop of his craft, describing in some remarkable passages the exact methods in which he has made the opening of the Beethoven Concerto or a Mozart sonata a part of his own self. More recently, Menuhin has launched a great variety of projects dear to his heart - from the Yehudi Menuhin School in England to his International Music Academy for young graduate string players.