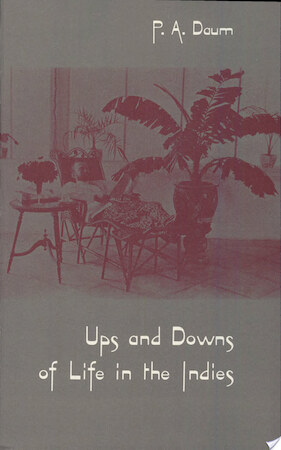 Ups and Downs of Life in the Indies

Written by one of the most realistic colonial authors of his time, his naturalistic novel presents a vivid portrait of colonial life on the island of Java in the late ninteenth-century. P.A. Daum (1850-98) was editor of popular newspaper in central Java. In 1883 he began to write novels under the pseudonym "Maurits" and serialized them in his paper. Over a ten year period he produced ten novels, all of them written in unadorned style and concerned with the vicissitudes of Dutch colonial life. His work is known for its direct style, sense of humor, and psychological portraiture. He is a perceptive observer with an eye for detail and a fine ear for the rhythms of speech in the East Indies.