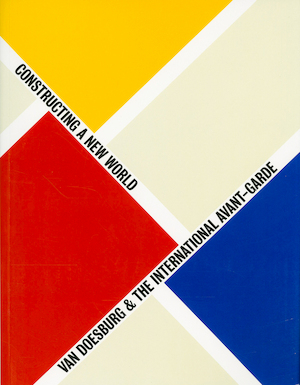 Dutch artist Theo van Doesburg (1883 - 1931) is perhaps best known as a prime mover in De Stijl, the Dutch artistic movement that demanded an extreme simplicity and abstraction in both architecture and painting. Here, for the first time, the true extent of his influence is explored, demonstrating that it reached far beyond Holland, throughout Europe, into Russia and beyond. Inspired initially by the writings of Kandinsky on art and later by his friendship with Mondrian, van Doesburg evolved a distinctive style of abstract painting. He also experimented with and contributed to fields as diverse as film, typography, graphic design, music, and architecture.Accompanying a major touring exhibition, this book examines van Doesburg's pivotal role in the development of modernism and his relationships with and influence upon a constellation of artists who spanned a wide range of backgrounds and disciplines. They included Jean Arp, El Lissitsky, Piet Mondrian, Láslzó Moholy-Nagy, Man Ray, Gerrit Rietveld, Kurt Schwitters, and Tristan Tzara, among others, and their work is both illustrated and discussed alongside van Doesburg's.