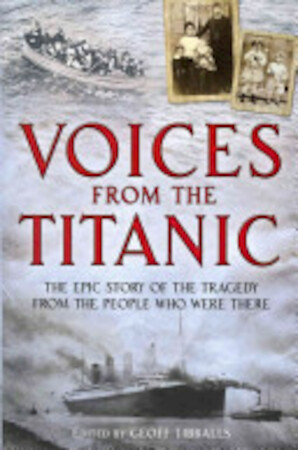 Voices from the Titanic

The graphic, first-hand story of the first voyage of RMS Titanic - told by the survivors themselves on the occasion of the 100th anniversary of the sinking. The story of the sinking of the great liner, Titanic, has been told countless times since that fateful night on 14th April 1912 by historians, novelists and film producers alike, but no account is as graphic or revealing as those from the people who were actually there. Through survivors' tales, and newspaper reports of the time from both sides of the Atlantic, here are eye-witness accounts full of details that range from poignant to humorous, stage by stage from the Liner's glorious launch in Belfast to the sombre sea burial services of those who perished on her first and only voyage. In the book, the voices of the survivors record their own stories, as well as the official records, press reports and investigations into what went wrong that night.