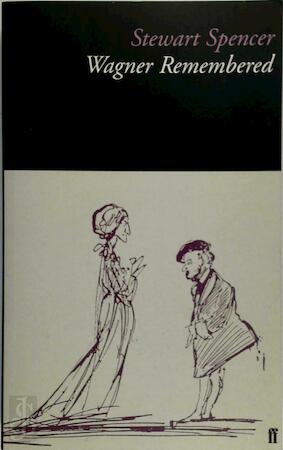 "Nobody", wrote Samuel Johnson, "can write the life of a man but those who have eat and drunk and lived in social intercourse with him". Here, then, is a life of Richard Wagner told by those who rubbed shoulders with him in the course of his turbulent existence.

Few composers have led such eventful lives or excited such violent views as Wagner. No one could be indifferent to him, and his contemporaries were not slow to record their impressions of a man they either idolized or demonized. This is the story of how they remembered Wagner and how they wanted posterity to remember him. But it is also the story of his life told with immediacy, wit, affection, and awe, all qualities that have largely been lost in other accounts of Wagner. Although the choice of reminiscences is necessarily selective, no attempt has been made to impose a unified picture. Instead the image of Wagner in all his vicissitudes is allowed to emerge through a kaleidoscope of recollections -- presented by more than sixty contemporaries, from Auguste Renoir to Robert Schumann to Queen Victoria -- some never before published, many hitherto unavailable in English, and all scrupulously annotated in the light of the latest research on the subject.