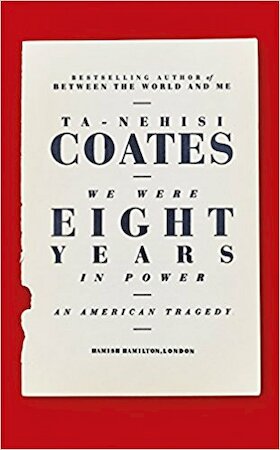 We Were Eight Years in Power

Essays on the obama era

Powerful and necessary, a state-of-the-nation portrait of America under Obama from the prize-winning, bestselling author of Between the World and Me

From 2008-2016, the leader of the free world was a black man. Obama's presidency reshaped America and transformed the international conversation around politics, race, equality. But it attracted criticism and bred discontent as much as it inspired hope - so much so, that the world now faces an uncertain future under a very different kind of US President.

In this essential new book, peerless writer Ta-Nehisi Coates takes stock of the Obama era, speaking authoritatively from political, ideological and cultural perspectives, and draws a sophisticated and penetrating portrait of America today.

"We Were Eight Years in Power" is ook verkrijgbaar als