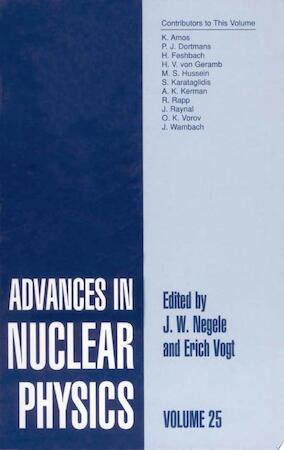 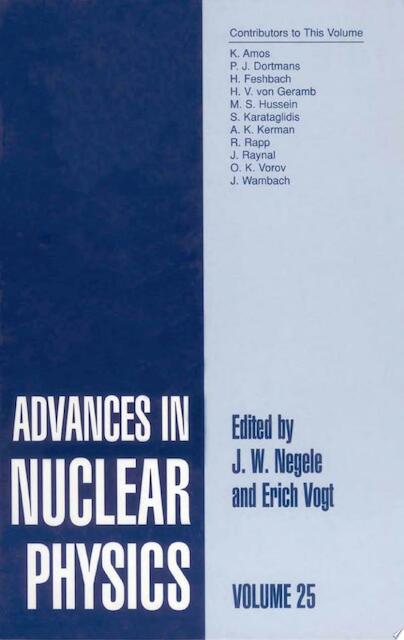 For the first half of the 20th Century, low-energy nuclear physics was one of the dominant foci of all of science. Then accelerators prospered and energies rose, leading to an increase of interest in the GeV regime and beyond. The three articles comprising this end-of-century Advances in Nuclear Physics present a fitting and masterful summary of the energy regimes through which nuclear physics has developed and promises to develop in future.
One article describes new information about fundamental symmetries found with kV neutrons. Another reviews our progress in understanding nucleon-nucleus scattering up to 1 GeV. The third analyzes dilepton production as a probe for quark-gluon plasmas generated in relativistic heavy-ion collisions.